Tuck Announces New Appointments to Board of Advisors and MBA Council

The new board and council members are Tuck alumni with professional experience that spans decades and industries—from venture capital and financial services to health care and biotechnology.

New board members are nominated by Dean Matthew J. Slaughter and appointed by the Dartmouth College Board of Trustees. The full 40-member Board of Advisors meets twice annually, providing Dean Slaughter as well as Dartmouth leadership with valued counsel and perspective on the strategy and operations of the Tuck School.

MBA Council members are appointed by Dean Slaughter and recognized for their professional experience, service to their communities, as well as for their knowledge and support of Tuck. The 32-member council meets twice annually to share advice and perspective with Tuck leadership on issues related to the MBA curriculum, admissions, student life, career development, and alumni services. 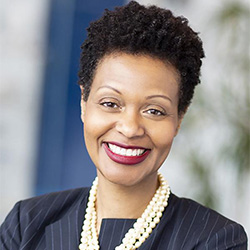 Aisha Barry was named president of Advanced Sterilization Products (ASP), a global leader in infection prevention, in March 2021. Prior to joining ASP, Barry was vice president and general manager for the patient monitoring category at Philips. She also held leadership roles at Medtronic and John Deere and gained more than 12 years of marketing and product development experience at Proctor & Gamble. Barry earned a degree in chemical engineering from Ohio State University. During her time at Tuck, Barry became a founding leader of the Tuck Association of Diverse Alumni (TADA). 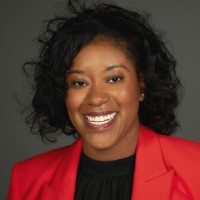 Nykia Wright is the CEO of the Chicago Sun-Times, the oldest, continuously published news publication in the state of Illinois. Wright is a recognized leader in the journalism industry for her work managing significant disruption, driving change, and implementing the company’s digital transformation. Prior to joining the media industry, she was a strategic advisor to top-tier universities, including MIT, Duke, and Dartmouth College, and to Fortune 500 companies such as McDonald’s, Tyson Foods, and Toll Brothers. Wright is a member of The Chicago Network and The Economic Club of Chicago and sits on the board of Music of the Baroque, Choose Chicago, the Illinois Press Association, and the American Cancer Society (IL Chapter). She earned her bachelor’s degree in finance from Carnegie Mellon University. 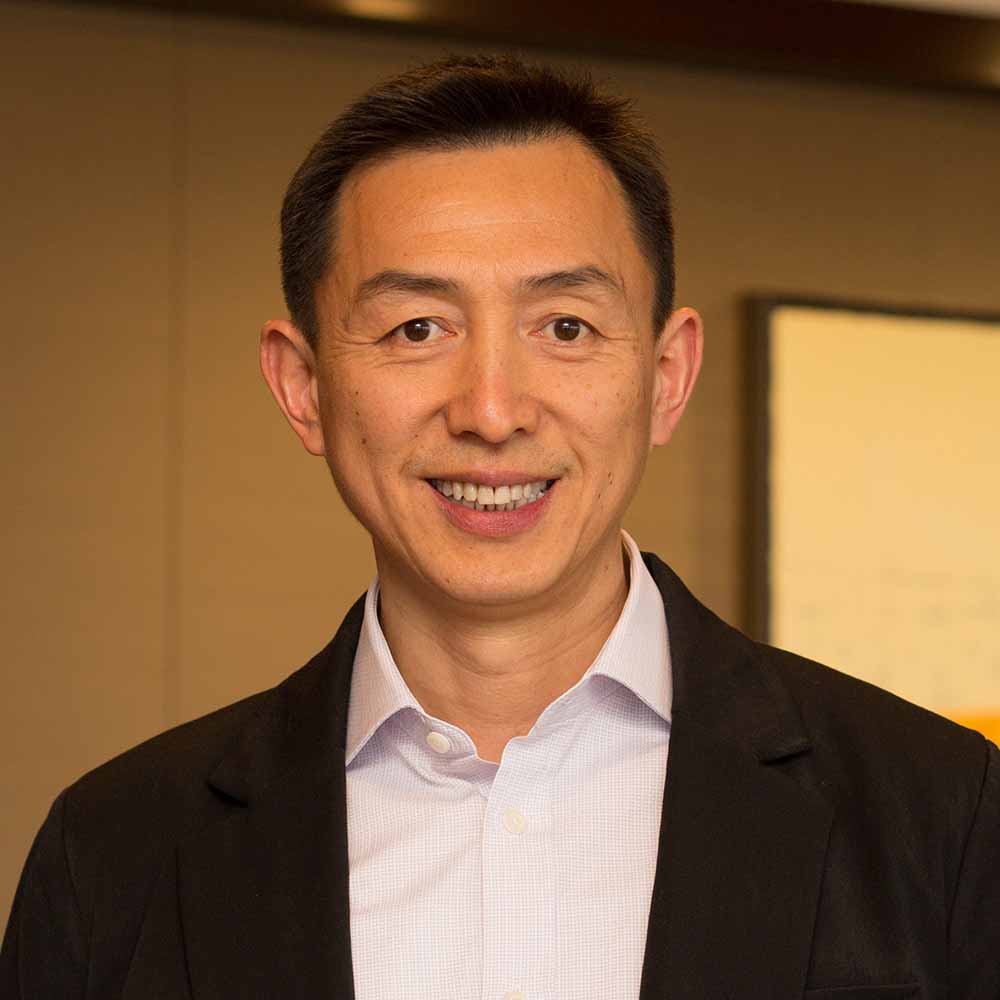 Frank Yao joined Bain Capital in early 2008 where he is an operating partner and a member of the Global Private Equity team. During his tenure, Yao has worked in both the Boston and Shanghai offices and focuses on portfolio management in the consumer/retail, technology, and business service sectors, with extensive experience in complex cross border deals. Before joining Bain Capital, he worked at Bain & Company in the Palo Alto office, where he managed engagements for clients in high tech, consumer products, and financial services sectors. Previously, Yao was a consultant with Mercer Management Consulting and worked at Schneider Electric in sales and marketing. He earned a Bachelor of Science degree from Shanghai Jiaotong University before enrolling at Tuck.

New Members: Board of Advisors

View the full board 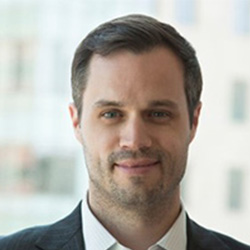 Errik Anderson joins the Board of Advisors after serving in the Tuck MBA Council for six years, including for the past year as MBA Council Chair. Anderson is the founder and CEO of Alloy Therapeutics, a biotechnology ecosystem company empowering the global scientific community to make better medicines together. He is also the founder and managing partner of Ulysses Diversified Holdings, LLC, as well as the co-founder of several biotech companies, including Adimab, Avitide, Alector, Arsanis and Compass Therapeutics. He advises numerous startups in the biotech, high tech, and traditional tech industries. A graduate of Tuck and Dartmouth, Anderson was named Young Professional of the Year by Business NH Magazine in 2010 and won the NH High Tech Council Entrepreneur of the Year Award that same year. 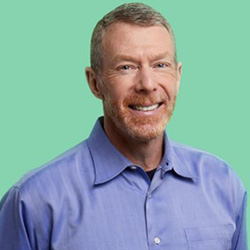 Brent Ahrens has worked in the health care industry for nearly three decades. He is currently a general partner at Canaan Partners, where he leads investments in an array of health care companies, with a focus on biopharma and medtech. Notable investments include DexCom and Unchained Labs as well as a number of investments in much-needed anti-infectives product companies. Prior to joining Canaan through the Kauffman Fellows Program, Ahrens worked in both commercial and technical roles at General Surgical Innovations, Ethicon Endo-Surgery, and IAP Research. In addition to his MBA, he earned bachelor’s and master’s degrees in mechanical engineering from the University of Dayton where he also serves on the Board of Trustees. A native of the great state of Ohio and a diehard OSU football fan, Ahrens currently lives in the San Francisco Bay Area. 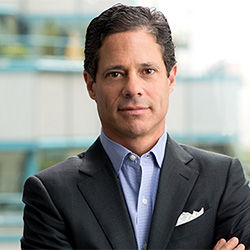 Lawrence Calcano is chairman and CEO of iCapital Network. iCapital is a privately held global financial technology company that powers the world’s alternative investment marketplace, providing end-to-end technology and service solutions for the asset management and wealth management industries. Before joining iCapital, Calcano was a partner and co-head of the Global Technology Banking Group of the Investment Banking Division at Goldman, Sachs & Co. He also serves on the board of Vibrant Emotional Health and has been recognized in the Forbes Midas List of the most influential people in venture capital in 2001, 2002, 2004, 2005, and 2006. Calcano received his bachelor’s degree from the College of the Holy Cross before pursuing his MBA from Tuck as an Edward Tuck Scholar. 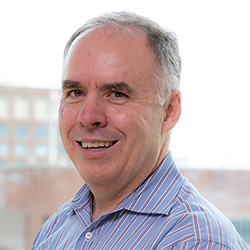 As founding partner of .406 Ventures, Liam Donohue leads the firm and all health care investments, focusing on disruptive early-stage companies that are improving health care delivery. He started his investment career as a principal at Foster Management and later co-founded Arcadia Partners, a venture capital fund focused on technology-enabled education companies. Throughout his 25-year career in venture capital, Donohue has invested over $250 million in more than 35 early-stage companies, several of which have grown from pre-revenue start-ups to be worth over $1 billion. After earning his bachelor’s degree in chemistry from Georgetown University, he worked for Booz Allen Hamilton, first in Philadelphia before opening their office in Budapest, Hungary. 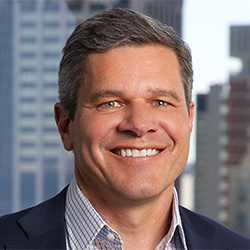 Jonathan H. Paul is a founding partner of Wheelock Street Capital, a real estate private equity firm established in 2008. Since its founding, Wheelock has raised seven funds totaling over $4 billion in equity capital and has acquired over 160 properties nationwide. Paul has more 30 years of real estate experience across hotel, office, industrial, retail, multifamily, residential land and condominiums, senior housing, as well as golf and other leisure assets. He is a trustee and executive committee member at The Rivers School in Weston, Massachusetts, and a member of the President’s Leadership Council at Dartmouth, where he earned his bachelor’s degree in economics. 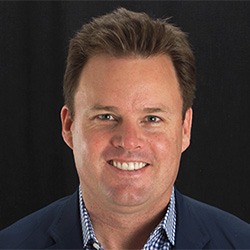 Anthony Precourt is the founder, majority owner, and CEO of both Two Oak Ventures and Austin FC. Two Oak Ventures is a private investment firm focused on the sports and entertainment industries, with Austin FC as its principal endeavor. Austin FC is Major League Soccer’s 27th franchise and began play in 2021. The franchise hosts its matches at Q2 Stadium and trains at the St. David's Performance Center, both fully financed by Two Oak Ventures. Precourt also serves as managing partner of Precourt Capital Management (PCM), a private investment firm focused on public equities, direct investing, alternative investments, and real estate. He earned a bachelor’s degree in political science from Pepperdine University. 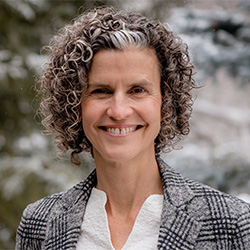 Martha Records is an impact investor and managing partner of Green Spark Ventures, a venture capital firm which invests in the areas of conservation, clean energy, and regenerative agriculture. Previously, Records worked as a consultant to start-up companies and small businesses in Denver, Colorado and Prague, Czech Republic. She also serves on the boards of Colorado Open Lands and the Museum of Contemporary Art Denver. Before pursuing her MBA at Tuck, Records earned a bachelor’s degree in international relations from Stanford University. 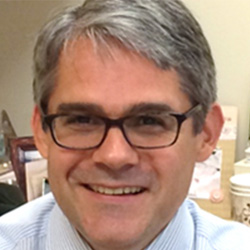 A scholarship endowed by Kinya Seto T’96 seeks to expand access to business education for students from Japan.

Tuck News features the latest stories about business research conducted by faculty members and business practitioners at the Tuck School of Business at Dartmouth College. Editorials penned by professors are published on the site, as well as regular school updates from Tuck staff writers regarding trends in business education.